On the weekend of 10-11 November, a team of 8 of us set off from Monks Cowl camp for event 5 of the MCSA Mountain Challenge.

It was a very clear day, although rather hot.

On the way up, Phoebe and I climbed the Sphinx.

We made our way up the hill at fairly good pace. We met a lot of people along the way, the area was very busy over this weekend.

We stopped for lunch on the Mhlwazini River, before heading up Ntunja. Kim waited with our packs and enjoyed a swim in the river.

Ntunja is Zulu for “eye of the needle”, making reference to the large hole through the mountain right near the summit.

The climb was very steep and took longer than expected. 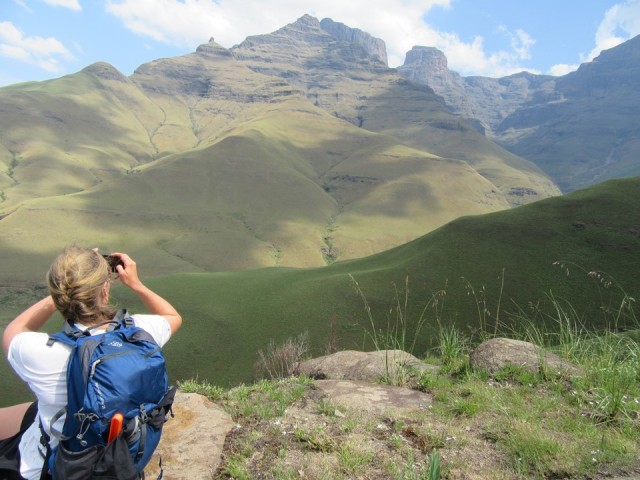 There is a scramble right near the top. The rock was very sandy and the grass was recently burned, which made the scramble a bit more difficult than usual. 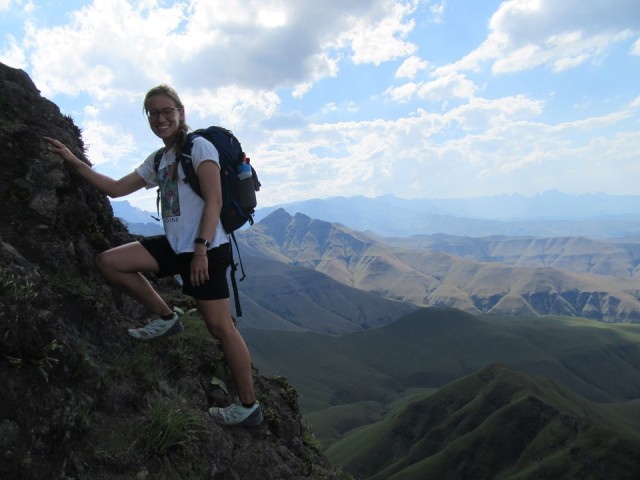 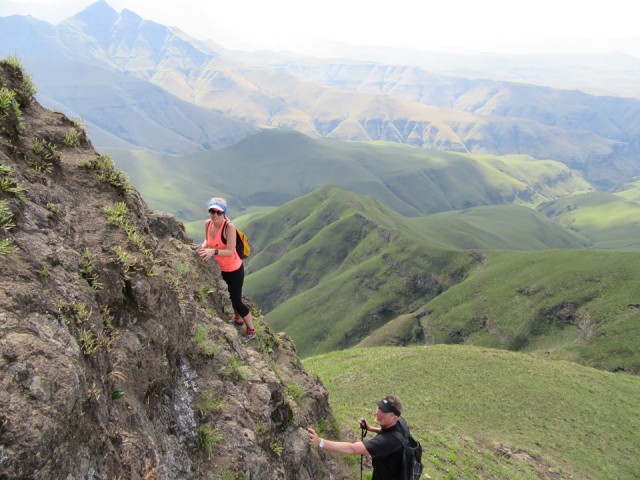 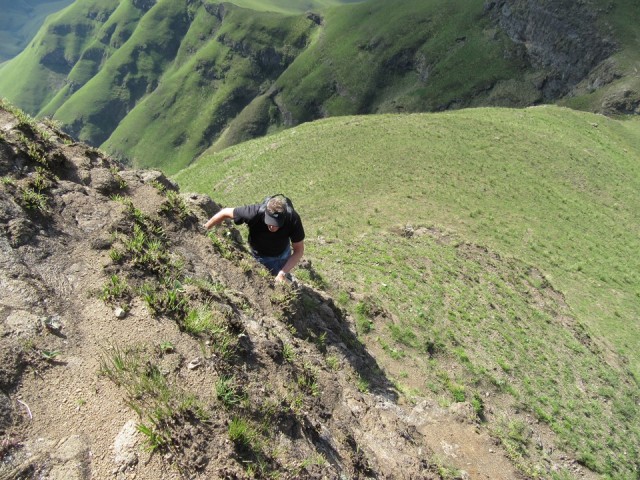 All 7 of us that attempted the peak managed to get to the top. L-R: Gill, Lotte, Simone, Prof, Phoebe, Mel and myself. 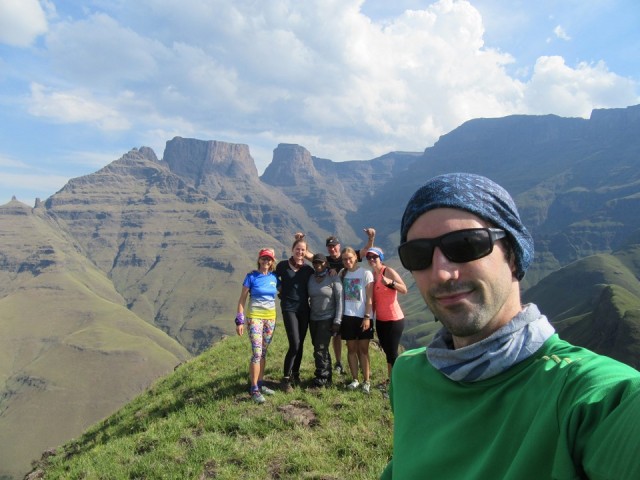 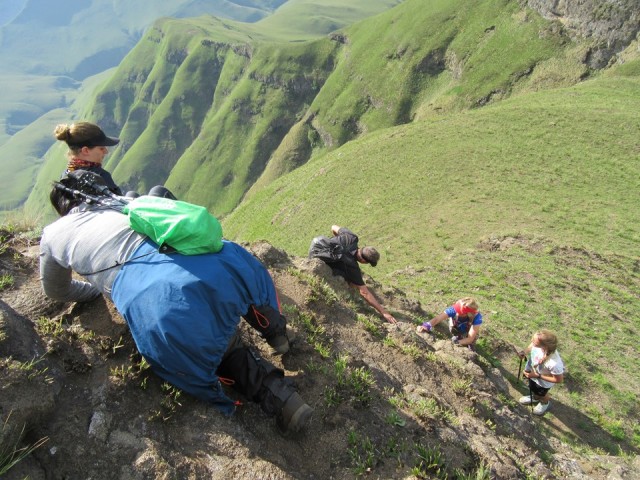 While the others began down the mountain, Gill, Phoebe, Lotte and myself took the very exposed trail out to the hole. This spot is very exposed, you wouldn’t want to fall in either direction! 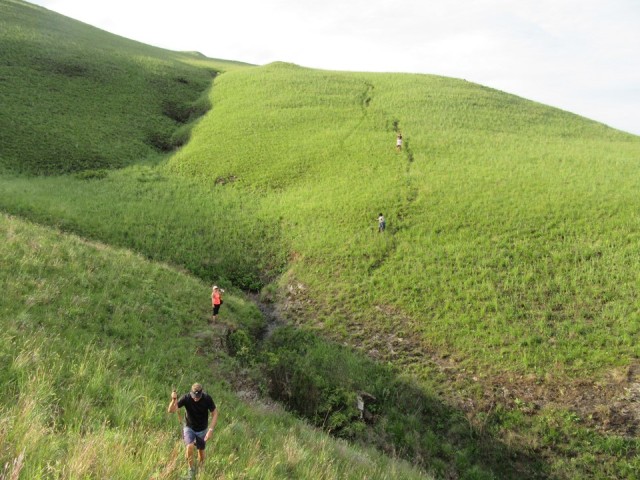 We reached Zulu Cave as it was getting dark. The cave is very large with a waterfall coming down its front. Getting water was tricky as there was no easy way down below the waterfall, so you had to get very wet to collect anything.

After supper, we played a game of Mountain 30 Seconds. The options had all been selected for the hike, and ranged from ones that people got very easily, such as “Zulu Cave”, to ones that proved a bit more tricky such as a “griffin”.

Most of the team had found Ntunja to be very tiring and wasn’t keen to go up Sterkhorn the next day. As Lotte is about to leave KZN and Phoebe doesn’t have much time left in South Africa, they both decided to take the opportunity, so we agreed to start hiking at 5am, and meet the others back at the car later in the day. 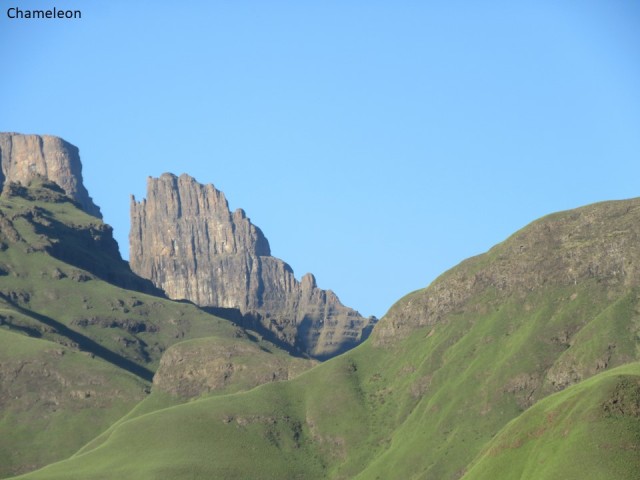 We made good time to the bottom of Sterkhorn. Unfortunately the river at the base was too low to use, meaning that it had become stagnant.

Sterkhorn was steep, living up to its reputation as the steepest trail in the Drakensberg.

We made it to the top in perfect conditions. It was the centenary of the end of World War One, so it was a fitting day to visit the MOTH memorial on the summit. We were at the summit at 11am, the traditional time to observe this. 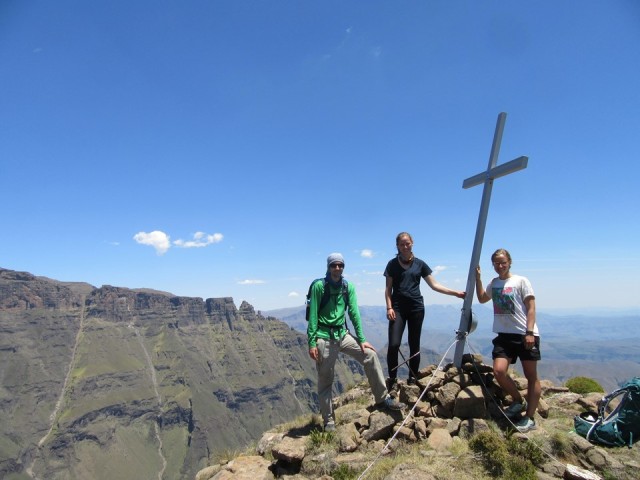 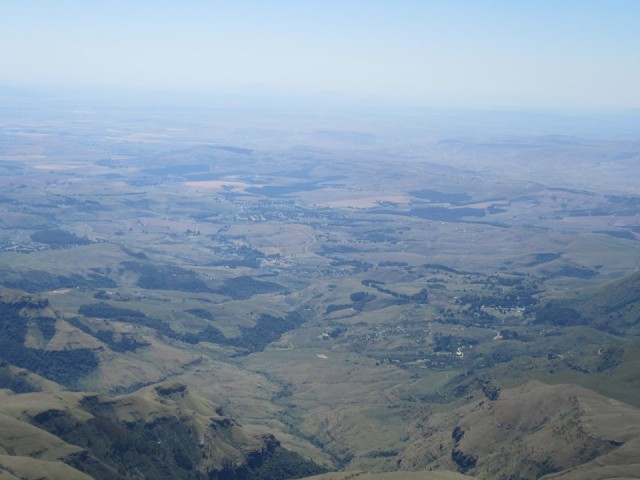 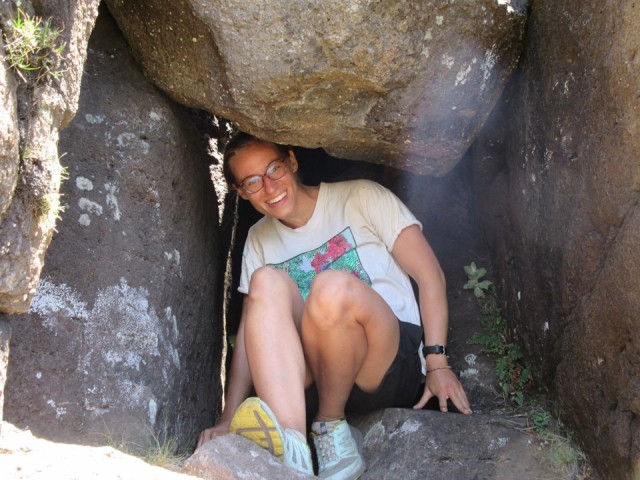 We took a fairly long time getting down, mostly as the trail was very dry, and thus lacked grip.

We reached the car park around 3pm.

Our total distance for the weekend was 33km. Overall a great weekend!